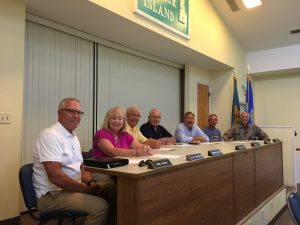 From Left to Right:

Town Council meetings are held at 3:30PM on the fourth Friday of each month.

General Election is held the first Saturday of August.